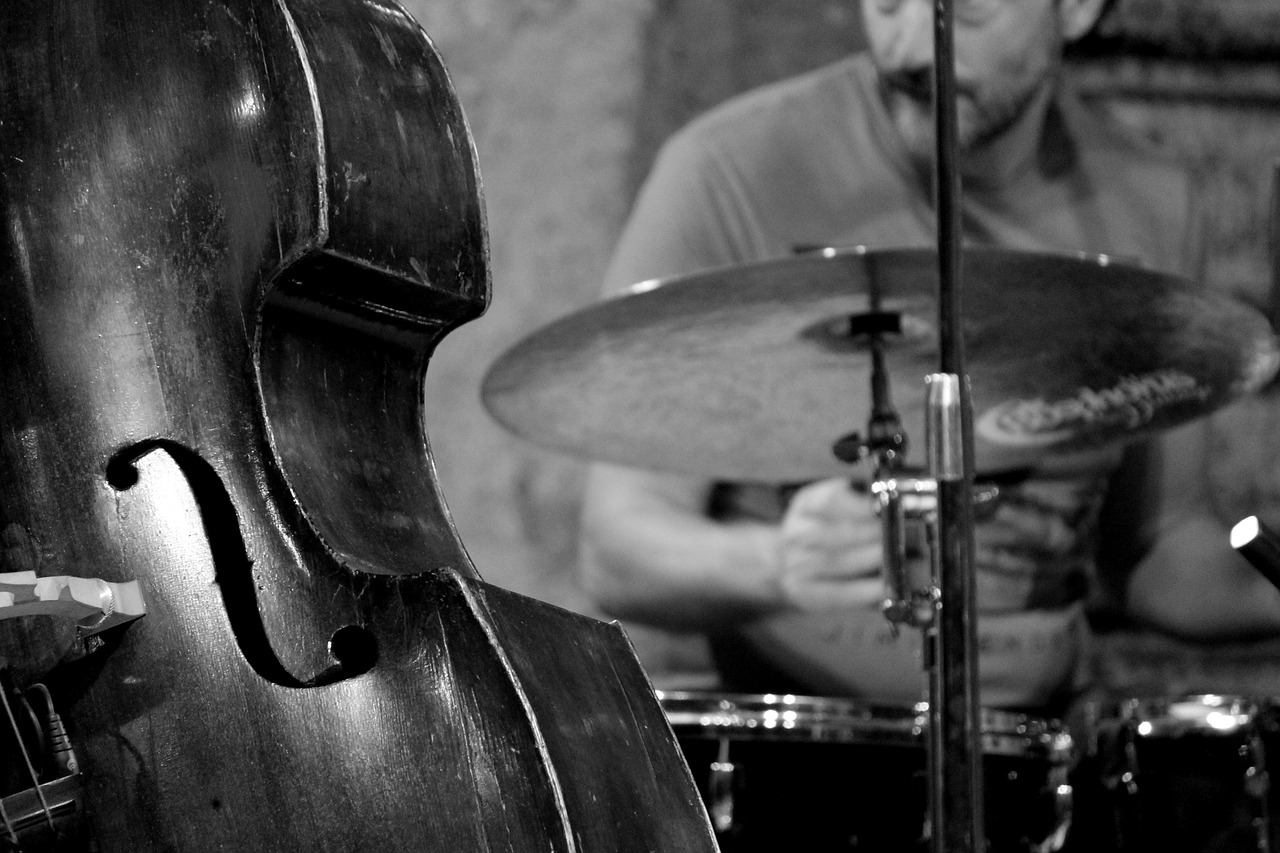 How can something that sounds so easy and laid-back actually be so complicated on paper? But for anyone trying to learn to play jazz, it can feel like an exercise in frustration.Then, throw in a whole list of musical terms that you won’t find in any genre except jazz, and it’s enough to make any musician give up their dreams of being the next Chet Baker.

Jazz may be one of the most difficult musical “languages” out there, but with knowledge and practice, you can become fluent. This guide will help you understand the fundamental building blocks of a jazz piece a bit better, as you enter the world of jazz and understanding the jazz language.

Before you throw in your saxophone, ask yourself: how well have I studied the language of jazz? The key to learning any type of music is figuring out how to understand it—that’s why it helps to look at a musical genre as a language all its own; and learn about its origins, to see how it fits into the musical landscape.

The Origins of Jazz

In order to realize the impact jazz music has had on many other genres, it’s important to look at where it came from. Although some people assume it’s a purely American invention, in truth, the roots of jazz music lie in African and European music traditions.

According to an article from Jazz in America, jazz can attribute its “rhythm and feel” and bluesy quality to traditional African music; as well as the ability to use an instrument as an extension of your own voice. The more rigid pieces of the jazz language—such as the harmony, chords, and instruments—come from a European influence. Of course, jazz also has strong roots in the African-American tradition; particularly with folk songs sung by slaves in the Southern United States.

It’s believed that once these musical traditions collided in the early 20th century—in New Orleans, Louisiana—what we know today as “jazz music” was born. It’s a fitting birthplace for a style featuring a loose, free-flowing combination of musical pieces. The raucous atmosphere of the port city allowed for musicians of all sorts to get together and learn from each other. Today, jazz music is played around the world, and various regions have developed their own spinoff styles—including bossa nova in Brazil, cape jazz in Cape Town, and even Asian-American jazz, played with traditional folk instruments like the shamisen and taiko drums.

The Building Blocks for Learning

Jazz’s natural inclusion of improvisation sets it apart, as a language all its own. In fact, studies have shown that jazz musicians actually do speak their own language. In an article from Futurity, Charles Limb—an associate professor at Johns Hopkins University—explains: “When two jazz musicians seem lost in thought while ‘trading fours,’ they aren’t simply waiting for their turn to play. Instead, they are using the syntactic areas of their brain to process what they are hearing so they can respond by playing a new series of notes that hasn’t previously been composed or practiced.”

A typical jazz student might not be there yet—it can take years to learn how to mentally formulate a “new sentence” to play—but it helps to wrap your brain around the jazz language. Imagine learning a language that requires you to translate from symbol-based words—like what you’d see with Chinese or Japanese—to Roman (English) letters, before you can understand what it means. That’s what it’s like with sheet music, except you’re looking at scales and notes, and interpreting them into audible music. When it comes to jazz, you need to be able to translate the sheet music, while also fluently creating musical “sentences” of your own.

It’s important that you get the basics down first, in order to give yourself the ability later to build upon them, and improvise. The basic jazz sounds are major, minor, dominant, and half-diminished—and before you start throwing in a mess of chords to improvise, you need to come up with common chord progressions to link these sounds together. If you’re having a hard time with this stuff, find jazz solos on YouTube, and work to transcribe the notes. Pick one solo you love and study it, then transcribe a “musical phrase” over the four basic chords. Remember to go slow, and take mental notes of what chords sound good together and what solo embellishments you’d like to add to your own repertoire.

An especially important aspect of jazz is the feel. If you’ve listened to any jazz piece, you know how it swings, grooves, and sets down a beat. Jazz isn’t meant to be played with a rigid focus on each correct note—strive to feel the music, rather than simply pumping out the notes one after another. In an interview, world-renowned saxophonist Tim Price advises: the “simpler the better.” He suggests that aspiring jazz students begin by mastering just a few notes at a time—after a while, students will “internalize the feel and language,” and embellishments will come by accident. As Price insists, it’s far more important to listen for the feel, than what’s correct.

Start Small, Then Build Up

For jazz students, it takes work and practice to achieve improvisation and embellishments that come fluently. Looking at jazz as having its own unique language will help you put together the basic building blocks, which you can later build into full-on sentences and free-flowing structures. Once you’ve got the basic four chords and jazz sounds memorized, you can begin to layer your own unique touches—and create that laid-back sound jazz has been known for, ever since its inception in New Orleans.

Have you ever tried to play jazz? What did you find difficult—or easy—about it? Tell us in the comments below.