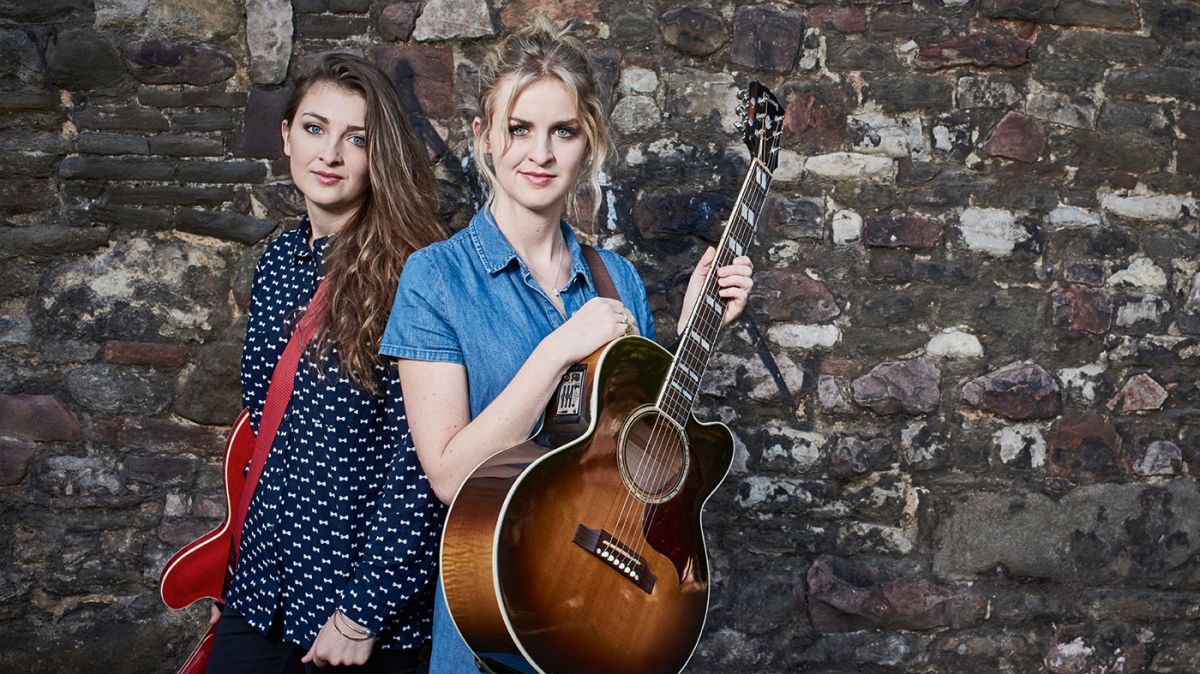 Ward Thomas are hitting new heights for country music in the UK, having seen their second album Cartwheels hit the top spot, a historic first for a UK act. With a spring tour and new single lined up for 2017, the irresistibly positive duo are ones to watch over the next 12 months…

Catherine and Lizzy Ward Thomas are gamely posing for photos by a ruined church in Bristol, wearing thin clothes on a blowy afternoon and seemingly loving every minute of it. However, the rest of us are quite happy to trudge back to the plush Gibson tour bus to chat about their new Cartwheels LP.

“The response to the new album has been amazing,” begins Lizzy, settling next to her sister on the bright sofa. “We can’t believe we got to number one; we were hoping for top 40, so the response is just incredible.”

“It’s been really interesting so far too,” says Catherine. “We’ve been touring with this record for a little while now and we see a lot of young girls singing along to the album tracks as well as the singles, which is really positive because it means people know the album as a whole, and that’s a great feeling.”

“That’s why we love going on tour so much,” adds Lizzy. “It’s where you really see the response and you see that people know the words and are singing the songs.” The sisters are clearly excited about how far they have come in their fledgling career, and their second effort is a confident and rewarding listen.

“I think we’re both really proud of this album,” says Catherine. “It was a very different experience from the first one; we wrote with loads of different people and produced it with Martin Terefe, who was amazing. He just took each song as it came and let it speak for itself instead of deciding what it should sound like beforehand.”