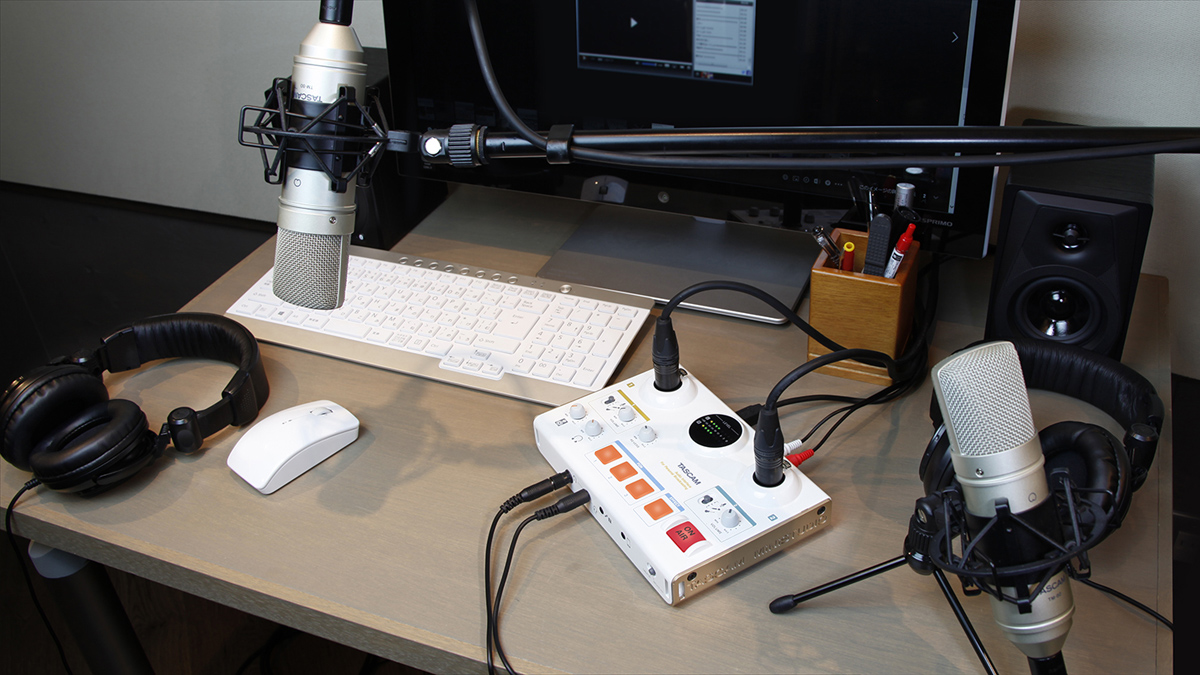 We’re used to seeing new audio interfaces that look pretty similar to everything else on the market, but Tascam is doing something a bit different with its Ministudio range, which comes with a selection of features aimed at podcasters and internet broadcasters.

There’s also a Voice Effects feature that lets you alter the sound of your singing or speech, while the ‘On Air’ button will give you that primetime jock feel and bus audio to and from the computer via the interface’s Broadcast mode (ensuring you hear what your audience hears). You can take control of your Ministudio interface using the supplied software (this offers Easy and Expert modes).

On a basic level, these two devices – the Ministudio Personal US-32 and Ministudio Creator US-42 – offer 24-bit/96kHz recording to to your PC, Mac or iOS device, but the most notable inclusions are the four Pon pads, which are used to trigger audio files. Three come pre-supplied, but these can be replaced with any WAV of MP3 files of your choosing.

In terms of specs, the US-32 gives you a built-in microphone and a combo XLR mic/balanced 1/4-inch TRS line input with mic preamp and 48V phantom power. There’s also a 1/8-inch input and dedicated headphone and headset/mic connections.

The US-42 might be the better bet if you’re a music maker, as it also adds production-friendly features. There’s no built-in mic, but you do get a second XLR/TRS mic input and a Creator mode that makes the unit operate like a regular USB audio interface (the loopback feature is turned off and the mic inputs are routed separately to the computer).

The Ministudio Personal US-32 and Creator US-42 are available now priced at $130 and $180 respectively. Find out more on the Tascam website.