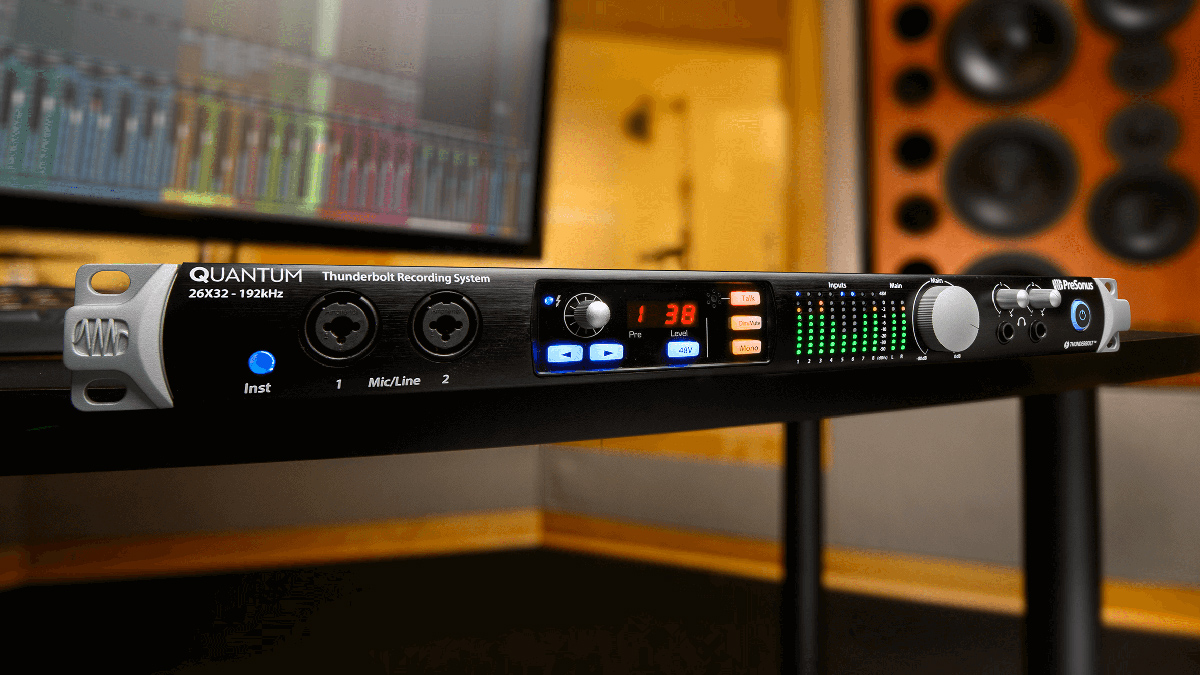 The converters are 24-bit/192kHz and deliver 120 dB of dynamic range, while PreSonus’s XMAX preamps promise “superb: audio quality. If you want more I/O, you can stack up to four Quantum interfaces together in one system.

Quantum is designed to integrate with PreSonus’s Studio One DAW (the Artist version comes in the box) which gives you full control of the preamps. Other features of the device can be controlled via the UC Surface control software.

Expect to see Quantum in stores in the second quarter of 2017 priced at $1,000. Those who buy it will also receive the Studio Magic plugin suite and be entitled to a 50% discount on the upgrade to Studio One Professional. Find out more on the PreSonus website.