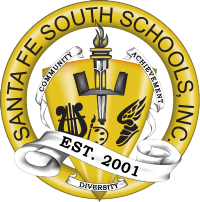 Carl Martin announce the re-release of the TremO´vibe

The TremO’vibe is used be great players like Time Pierce and Michael Thompson and many more.
The TremO’vibe is of cause now built in our low format enclosure, and naturally with Carls DC/DC 9V converter, so it run on regular 9V external PSU.After a long time out of the market, we’re now again able to built the legendary TremO’vibe.
A few years back we ran into some delivery problems, which proved to be such a big issue
that we had to take the TremO’vibe of the market, these problem is now history and we’re very pleased
to announce the re-release of the TremO´vibe that for  many musicians has been very important tool.

This is and example on what has been said about the TremO’vibe over the years.

GUITARIST (UK)
I’d expected the pedal to sound good, but not quite this good! The warmth and smoothness of both effects is simply second to none, while the bypass function is quiet as a church mouse who’s just spotted Tiddles The Pulpit Killer on the prowl.
East Sound Research
Raadmandsvej 24
8500 Grenaa Denmark
Phone: +45 86 32 51 00
Skype: call_carlmartin
www.carlmartin.com
info@carlmartin.com