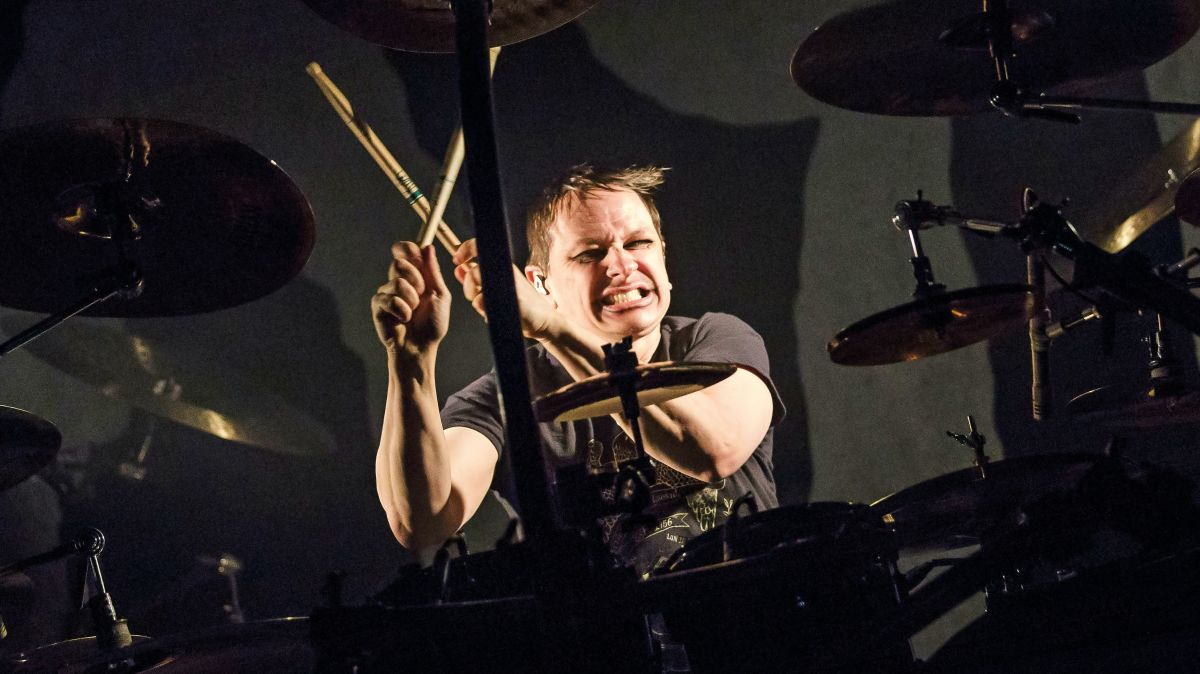 “It’s been almost a year that we’ve been writing material,” says Ray. “We started writing around our tour. Head and I both live in Nashville and the three other guys are in California.Korn are back for record 12, The Serenity of Suffering, set for release on 21 October, and this time the nu-metal rock icons have taken their time and knocked it out of the park.

I’ve been a fan of Nick Raskulinecz forever

When it came to trimming the fat away from the record the band called in an expert – A-list producer Nick Raskulinecz.”I’ve been a fan of Nick Raskulinecz forever, from Foo Fighters to Rush to Alice in Chains to Deftones, his track record speaks for itself,” Ray explains. “Nick listened to the entire Korn catalogue, he really gets inside a band.

“Munky and Fieldy would fly out to us, Head and I would fly out to Hollywood and we would just chip away at the stone. It was all collaborative. We compiled 25 or 27 songs and song ideas. Then we weeded out the fat.”

He was like a Jack Black character. But he’s a fan, he’s a musician and he’s passionate.””He said he was a big fan of our last few records but he didn’t think they felt like Korn. He’s like a kid, he would pick a broom up and air guitar in front of you.

The producer’s passion extended to the kit, even going so far as tuning the drums.”I’ve never had a producer do that before,” says Ray. “That’s how good he is. He’s a guitar freak as well. He would be tuning drums and he’d put on all kinds of vinyl from King Diamond to Dokken to Queens Of The Stone Age, whatever. He lives for rock’n’roll and he helped bring that out in us.”

Nick had a way of taming me, drum-wise

That enabled Ray to loosen up and release the shackles of red light fever. “Some sessions can be stiff. The red light can come on and you can get intimidated. With Nick it was, ‘Okay, if we get it today that’s great, if not we’ll get it tomorrow.’

“Nick had a way of taming me, drum-wise. I have a lot of habits I’ve had since high school. There were a couple of songs where he would say, ‘Hey man, don’t do that this time.’ And I would say, ‘But I always do that,’ and he’d just tell me to try not to.

“After 80 records no one had ever told me to not do these nervous habits I have like playing the upbeat on the hi-hat. I tried it and listened back and it grooved way more all of a sudden. He had something there, he’s got a great ear.”

This interview is from the September issue of Rhythm magazine, out now and available in print and digitally in store, or from www.myfavouritemagazines.com, Apple Newsstand and the Google Play Store.