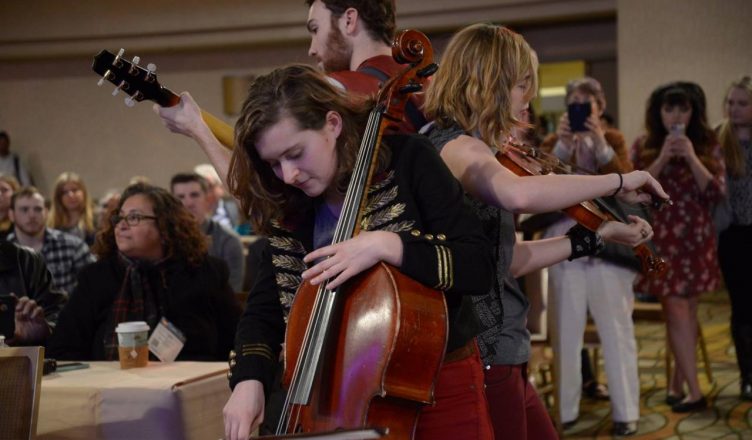 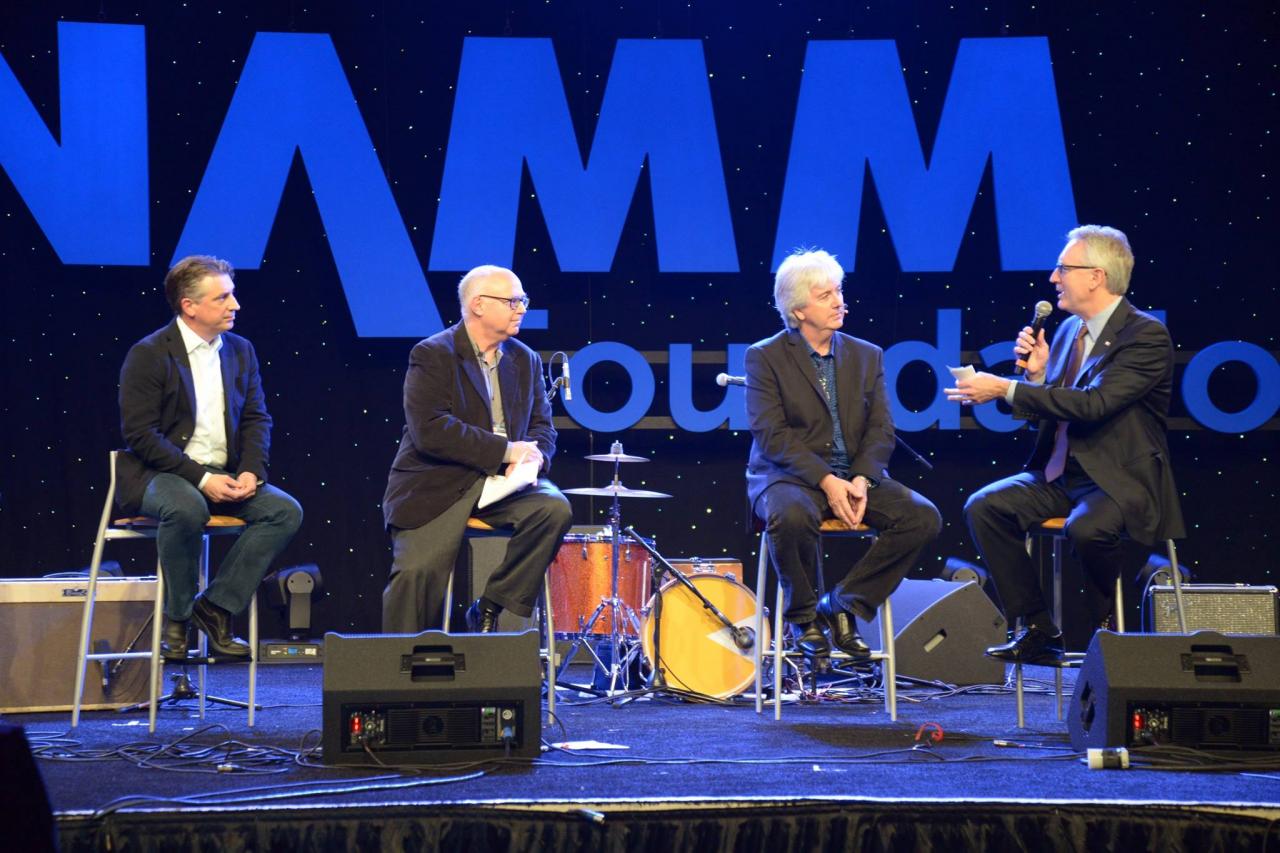 NAMM President and CEO Joe Lamond hosted a panel of industry professionals at The Sandy Feldstein Industry Roundtable at The 2017 NAMM Show. The event featured stories, information and perspectives about what it takes to pursue and succeed in a career in music, and also included a performance by The Accidentals. 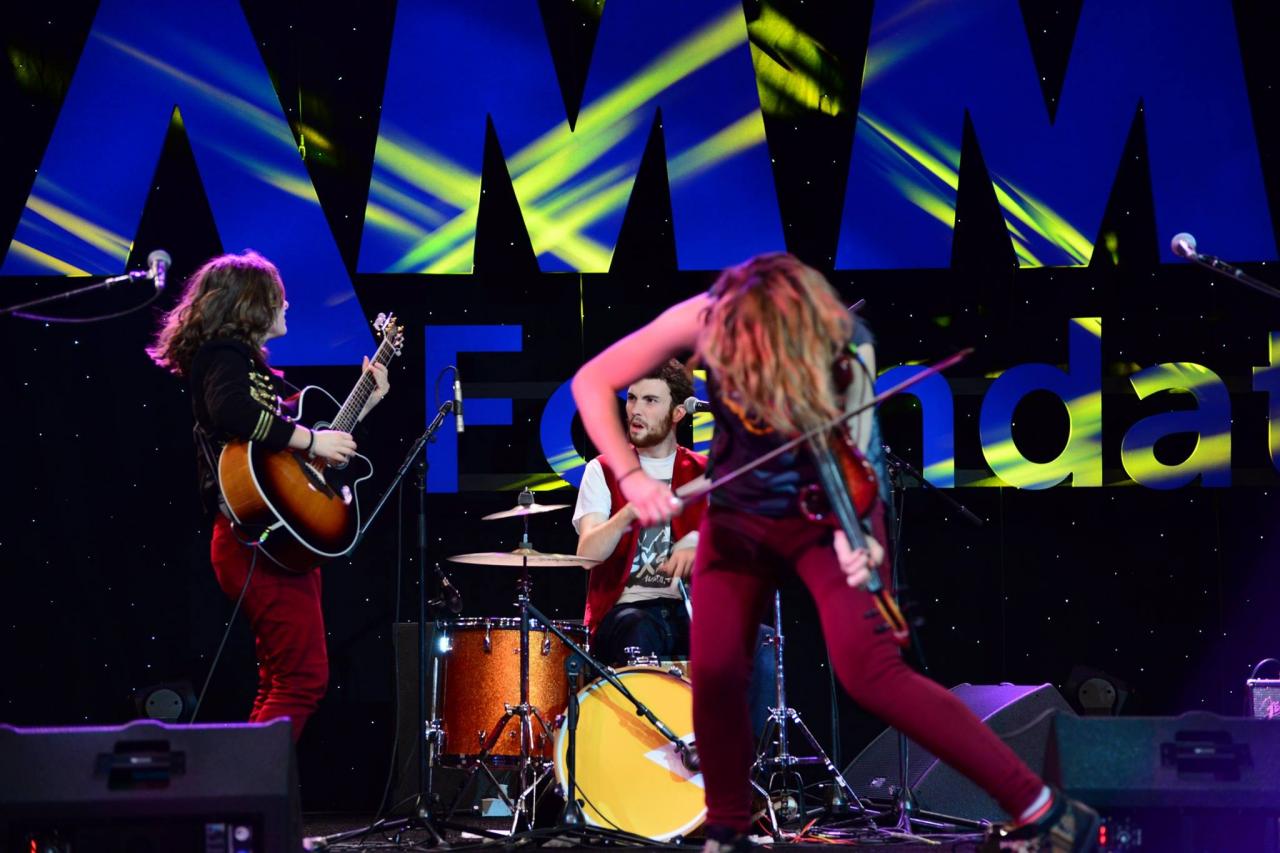 Billboard’s Breakout Band at SXSW 2015, The Accidentals, treated attendees who arrived early to a 30-minute concert. Jonathan Frahm at Yahoo Voices described the band as “One of the most ground-breaking musical experiences one might just have in a lifetime!” 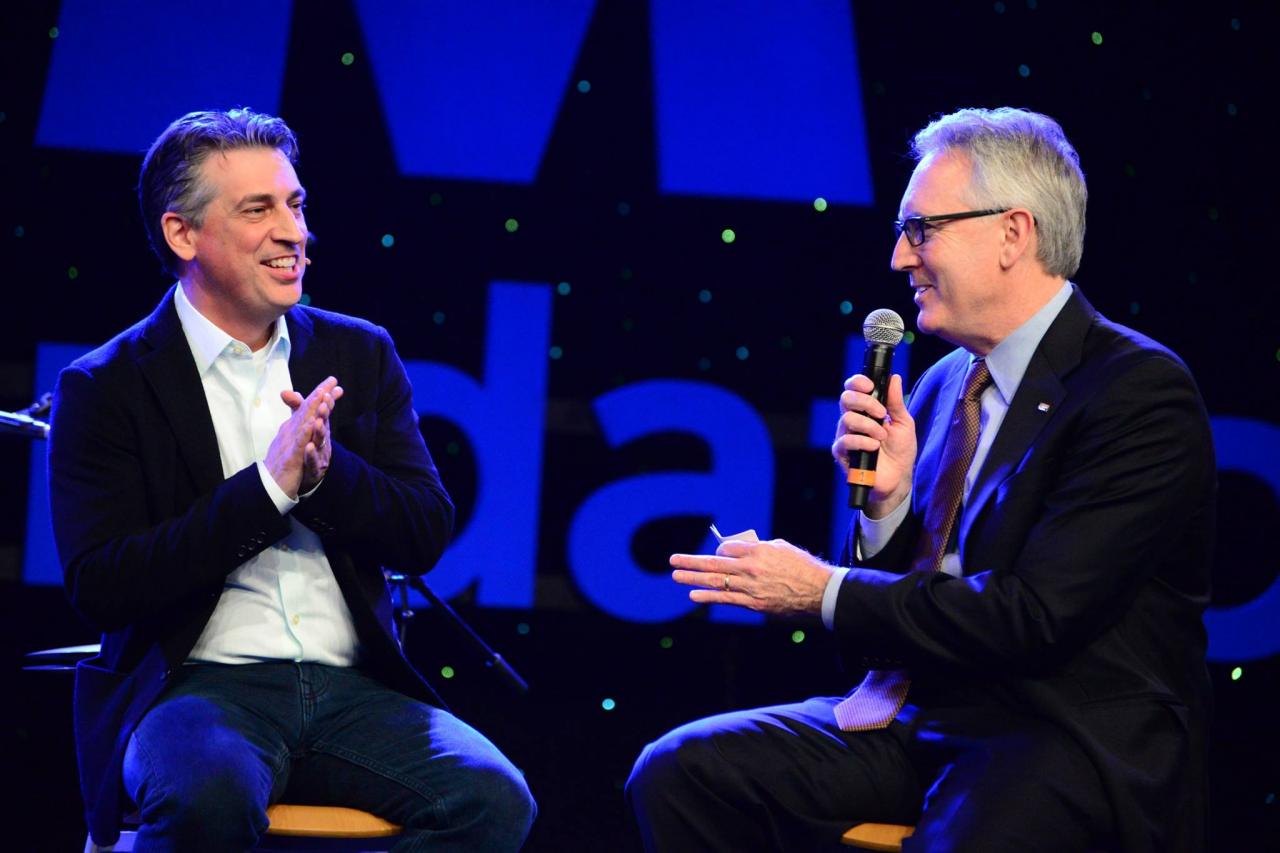 Moderated by Lamond, the panel of industry professionals focused their discussion on authenticity and integrity.

“Know what your why is, that has to shine through,” said Testa. “Also, say what you mean and mean what you say. If you don’t know, say ‘I don’t know but I’ll find out for you.’”

Doyle spoke to students about having good people skills and integrity, and how the two can be the basis of a good career. 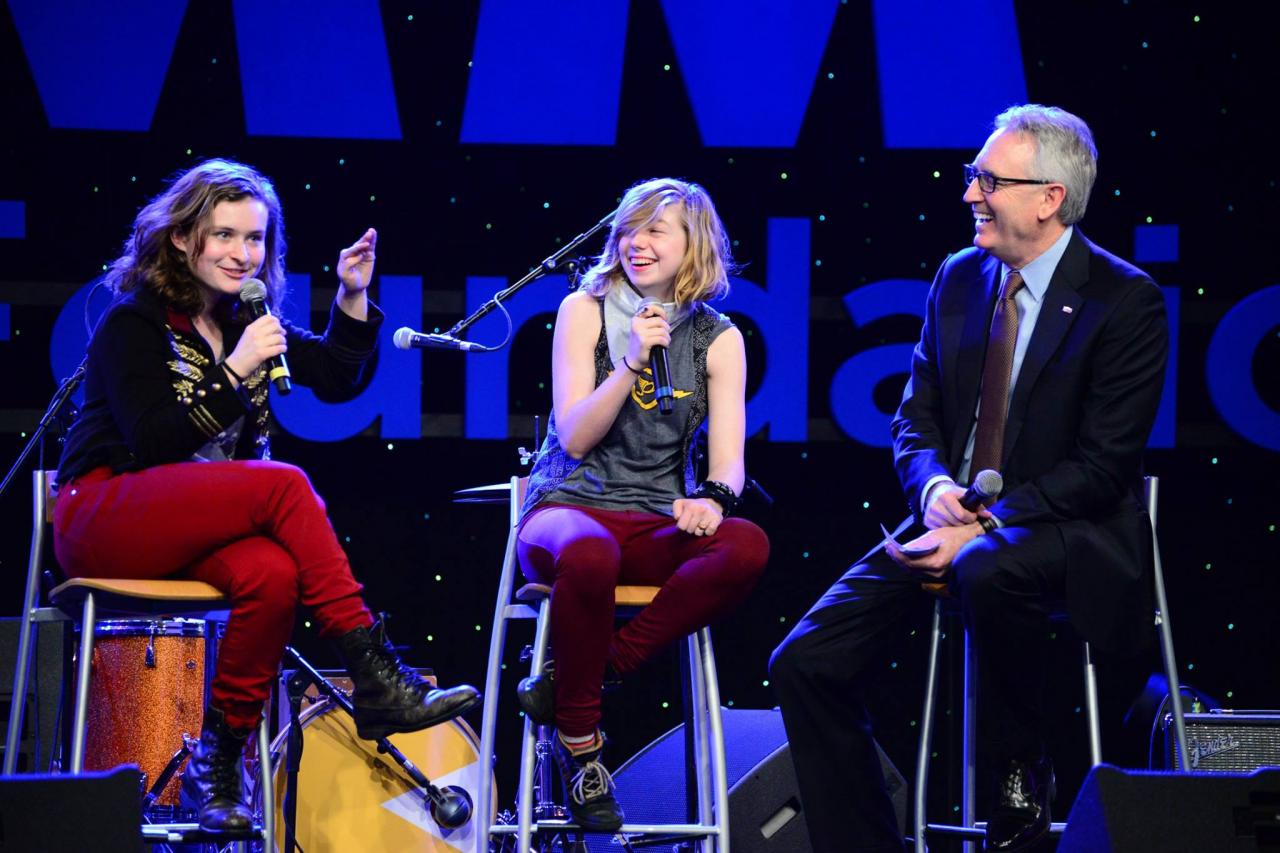 The later half of the roundtable entailed a conversation with Katie Larson and Savannah Buist of The Accidentals.

“I grew up with a lot of social anxiety,” said Larson. “Music knocks down that barrier and let’s you connect.”

When asked about the evolution of their sound they revealed the three band members were “thrown together for a homework assignment.”

“We were shy,” said Buist. “We evolved and gained confidence.”

The Accidentals closed out the roundtable with a surprise acoustic performance, and walked off the stage into the center of the audience to perform. 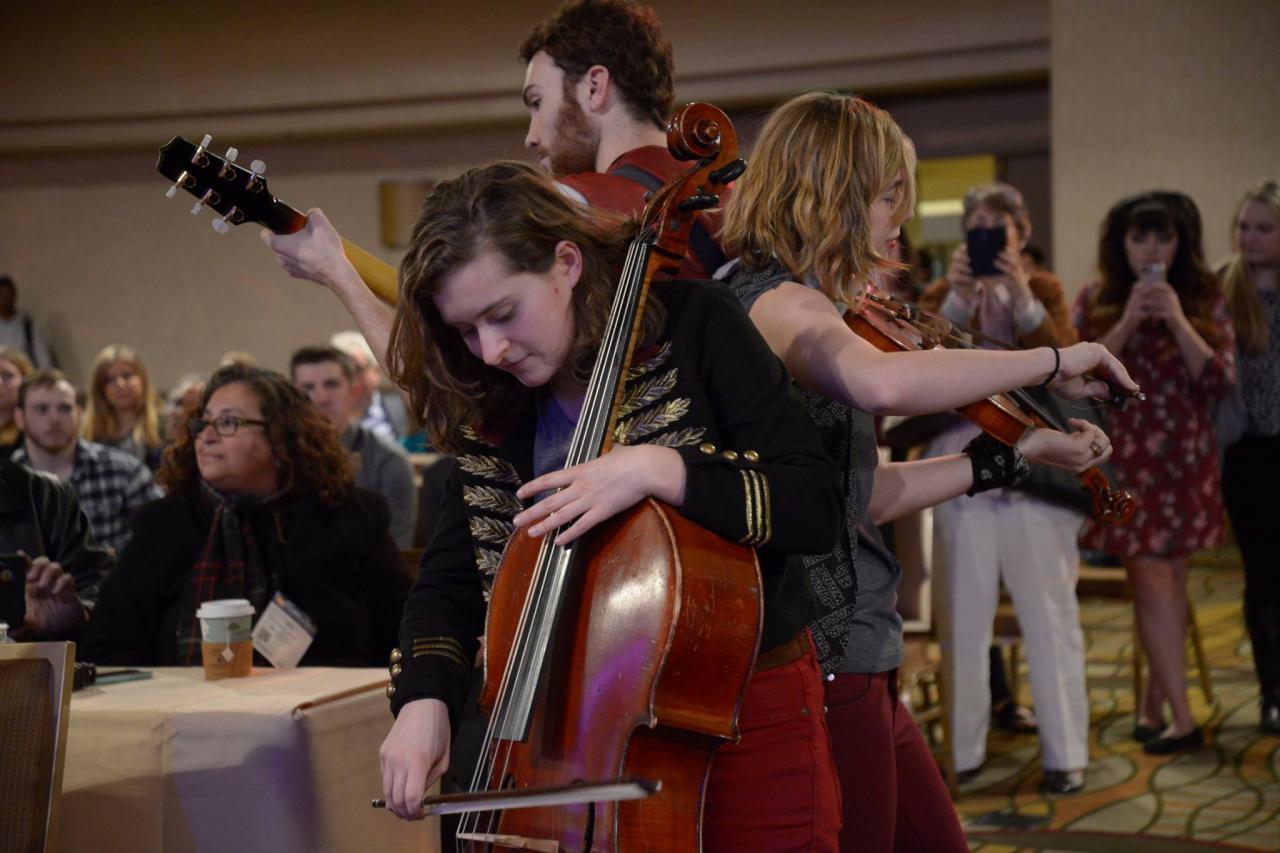 “They are hiring you because you are going to do something for them. You want to think about what you can bring to the company.” – Joe Testa, Vic Firth

“Walk in like a professional. It establishes respect.” – Savannah Buist, The Accidentals

“Be passionate. And have integrity. Deliver what you say what you’re going to do.” – Michael Doyle, Guitar Center

“Prove to people what you say what you’re gonna do. It increases your network” – Joe Testa, Vic Firth