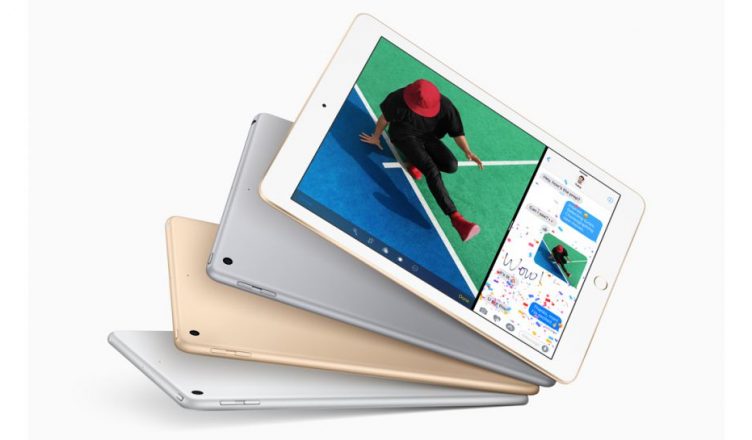 If you’ve been wanting to buy a full-sized iPad but haven’t been willing to stump up for a Pro model, Apple’s latest new tablet could be for you.

The iPad features the classic 9.7-inch display which replaces the iPad Air 2, which was released almost two and a half years ago, bringing more power at a lower price. There is an A9 chip inside it, which should mean improved performance in comparison to its predecessor.

Although this isn’t Apple’s flagship tablet, it should certainly be powerful enough for the majority of music makers, and with prices starting at £339/$329 for the 32GB model, it’s certainly a lot more affordable than the 9.7-inch iPad Pro, which will cost you £549/$599 for the same amount of storage (but with better specs, obviously).

The not so good news is that, should you want more storage on the new iPad, you’ll have to go for a 128GB model (there’s no 64GB option), which will set you back £429/$429. Your other option with this amount of storage would be the iPad mini 4, which now costs £419/$399, but that comes with the less powerful A8 processor.

So, we’d say that, for all but the most power-hungry users, the new iPad could now be the model to go for, giving you a good-sized display and offering the best balance between power and price.

Find out more on the Apple website. You’ll be able to pre-order the new iPad from Friday 24 April.