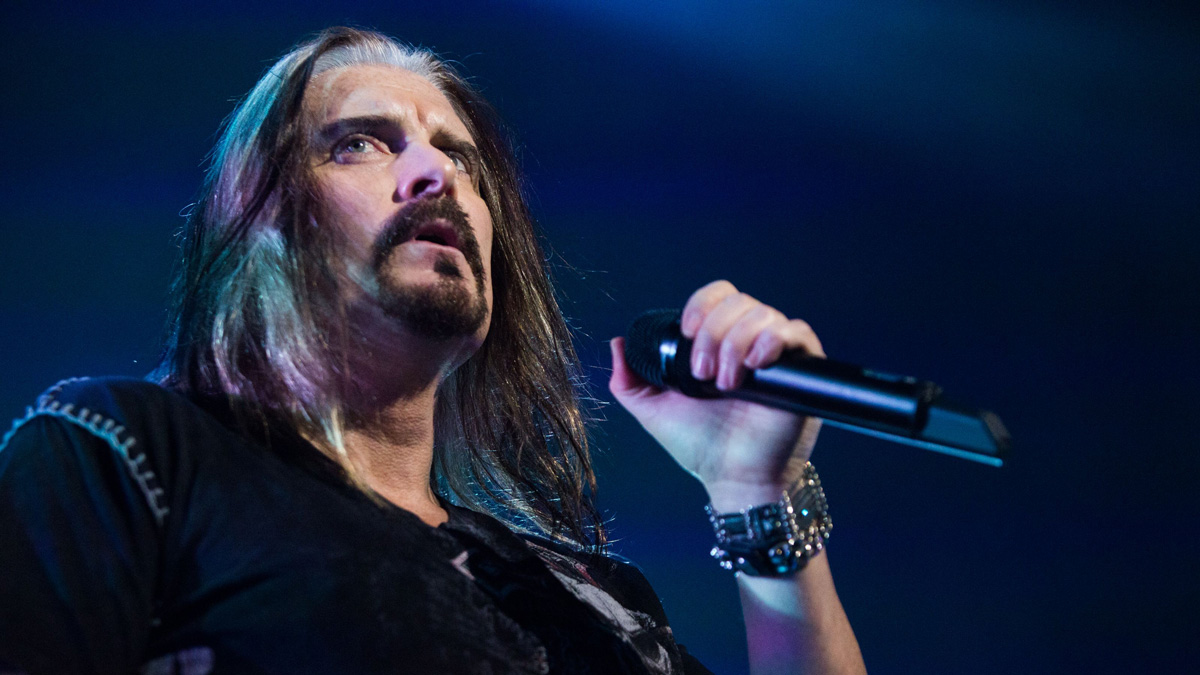 Given that he’s spent 27 years fronting a band of musical virtuosos of the highest calibre, James LaBrie knows a thing or two about the pressure of delivering a knock-out vocal.

But on Dream Theater’s 2016 album The Astonishing he really ramped up the challenge. The ambitious concept record featured multiple characters (male and female) and LaBrie made the gutsy decision to voice them all. As we sit down with the frontman ahead of a recent Dream Theater show, we suggest that this must have been a daunting task. LaBrie, it seems, instead took it in his stride.

“A lot of people think The Astonishing was very challenging vocally,” he says. “To me, it was exciting more than anything else. I knew when the music was coming out, John [Petrucci] and I sat down and asked if we should get female vocalists in to do a couple of the characters.

“I wasn’t sure and I went away and thought about it. I came back and said I thought it would limit us, as strange as that may sound to some who think we should have a female voice representing a female character.

“But I thought I would be closest to each and every one of these characters because I am immersed in the lyrics. Sometimes bringing in another vocalist, they might just touch on the surface of the character.”

Rather than bring in outside help, LaBrie went into the studio and put in a stunning, critically-lauded display, with real kill deployed to differentiate between the key voices of the album’s ever-so-slightly off-the-wall plot.

“I went into the studio with an idea of the textures I wanted to use and how to give each character their own identity vocally. I created the voices for each character and was able to bounce back and forth. It was very exciting. It was something unprecedented for me to do.

“It was very rewarding to see around the world that fans were appreciative of what I did. Of course, you always get a few people asking why you didn’t get another singer in but we didn’t want to and I thought I could do it justice. The Astonishing album would be an amazing project to go to theatre, I hope it does.”

Given that our chat with the Canadian frontman takes place an hour or so before the band is due to soundcheck we are intrigued to hear about the inner workings of LaBrie’s day. Just how does he go about preparing to deliver such a challenging three-hour live set each night?

“On a show day I do some low humming to begin with and then I do a lot of falsetto,” he explains. “Falsetto brings your vocal cords together smoothly and puts them in a proper position. It is imperative that I put that time aside every day.

“When I go over to the venue before a show I will do half an hour of very light singing and warming up and then I walk away from it for a couple of hours. Then about 45 minutes before the show I will start doing some slow vocalising.”

“The important thing as well as at the end of the show I stay quiet for ten or 15 minutes and then I do a cool down. It is extremely important to any singer to bring your vocal cords back into a speaking position. If you leave them in a singing position they will go into shock. That’s when you start suffering from vocal fatigue. We are doing three-hour shows so I have to be careful of getting vocal fatigue all the time.”

After getting this glimpse into a typical day for the Dream Theater man we press him on the vocalists that he holds in the highest regard. And so here we present, James LaBrie’s top five vocal heroes.